“I am a true believer and user of all things Sogital, I think and KNOW this is the phase shift we’ve all been creating, that social media is an important tool in the consciousness changes we’re anticipating, delivering and participating in. It’s awesome because we’re writing history and observing it at the same time; in a way humanity has never known. It’s terribly exciting and fun to be part of the Sogital Age. I dig it.” –Misty Young

Misty Young was born and raised in Southern California; her family lived above their restaurant, The Souper. Misty and her 6 siblings were raised peeling potatoes, washing dishes and mopping floors. Misty never thought in her wildest dreams she would eventually be a restaurant owner. She left CA to attend UNR, where she earned a degree in Social Psychology and Speech Communications. Misty chose a career in politics and public relations. But, something was missing…

The Squeeze In, in Truckee, CA was once owned by Nevada’s former Homeland Security director Jerry Bussell. Bussell passed away in 2010 due to a short battle with kidney cancer. Misty and her husband, Gary Young were very drawn to the atmosphere at The Squeeze.

“It’s a place of love and peace. It was very palpable, and you can just feel the love when you walked through the doors.”

Bussell sold Squeeze to the Young’s in 2003, and before Misty knew it- she returned to her youth and was mopping floors, peeling potatoes, and

washing dishes. The first couple years were crazy busy and the Youngs did a tremendous amount themselves, serving, shopping, cleaning up, books, payroll, setting up systems — they needed help! In 2006, Misty and Gary brought their daughter and son-in-law, Shila and Chad Morris, aboard as full business partners. Shila and Chad opened the Northwest location in 2008, and the South location in 2011. Sparks Squeeze In will be open this Summer! 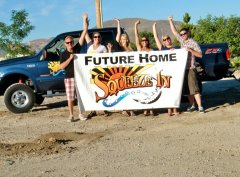 On Facebook, Squeeze has over 4,000 fans. Misty has truly embraced the power of social media marketing and leveraging it to its fullest potential. Misty created the business’s Facebook page in 2008, with little strategic thinking. Soon, many of Squeeze’s customers were on Squeeze’s Facebook talking about them and Misty realized she needed to step up her social media game.

“It was finally clear to me that it was ‘the thing’ to do. Facebook and Twitter are a public means to show people who we are. We are a family business, we have amazing associates, and we love our community. People will pull me aside at the grocery store and ask me how the family is. They aren’t asking cause they know me, they are asking cause they’re a fan on Facebook and they see what we have got! Reno/Tahoe/Sparks, this is our hood.”

In 2009, Misty made it a goal to hit 10,000 Facebook fans, and she is well on her way. She has 2 other ladies helping her keep up with the Facebook and Twitter, beloved daughter Shila and the amazing, talented, diligent, strategic, super cool-Eva Lipson, Communications Manager. It has been a coordinated effort and it has been done in a way that meets diverse needs. Whether you are the type of person who likes to visualize, read, hear, research, or click through links- Squeeze has it covered. Misty has her business on Google+, Flickr, Facebook, Twitter and Youtube. Check this out!

2 thoughts on “Misty Young, Thrilled to have Squeeze In Involved in the “Sogital Revolution”” 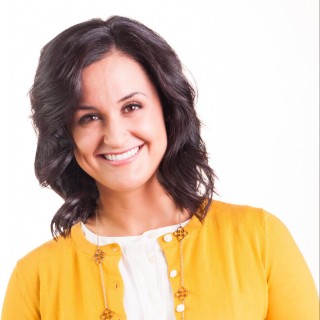